A few days ago, I had another bout of bowel blockage. I’ve had so many of them that by now I can tell pretty easily whether I need to seek medical help or whether I can handle it with natural remedies at home.

This is what I did this time around. And the biggest help this time was a new modality  – castor oil packs to soothe the inflammation and help things move again.

Castor Oil is a truly magical oil. It has countless uses and provides numerous benefits. It has been incorporated into folk medicine for millennia, the earliest information about it can be found in ancient Egypt.

Later on, the oil has been used especially in Ayurveda, not surprisingly, since it is native to India. More recently, the many benefits of this oil have been discovered also in other parts of the world.

So, let’s dig in and see how to use it in order to get all the amazing benefits.

What is castor oil?

Castor oil is extracted from the castor seed, Ricinus communis, which grows abundantly in India and tropical East Africa. The oil is a triglyceride, comprised of fatty acids, 90% of which is ricinoleic acid.

It is especially high in ricinoleic acid, as well as oleic acid and linoleic acid. It’s also rich in vitamin E, unsaturated fatty acids including omega-6 and omega-9 fatty acids, minerals, and other antioxidants.

What is a castor oil pack?

A castor oil pack or compress is made from natural cloth (cotton, flannel, or linen are best) soaked in castor oil and placed on the skin.

Because heat increases the oil’s absorption and efficacy, it is best to cover the castor oil compress with plastic wrap and then apply some heat source. It can be a heating pad or a hot water bottle.

The compress should be kept on the skin for at least 30 minutes.

How do castor oil packs work?

This oil really is very special. When applied topically, castor oil gets absorbed through the skin and reaches into the tissues below.  I don’t think any other oil can claim to do that.

Why is it good to penetrate so deeply? When driven down toward the organs, the oil can increase the circulation of the lymphatic system, and even increase the production of lymphocytes, crucial blood cells for immunity and protection against infections.

But that is not the only benefit.

While promoting circulation of the lymphatic system, castor oil is helpful in natural detoxification. It can make you more regular, and it reduces inflammation and enhances overall health and wellbeing.

Because it fights inflammation, castor oil can also help with joint pain or swelling of legs or arms.

Effect of ricinoleic acid in acute and subchronic experimental models of inflammation.

For women’s health specifically, castor oil is said to make the cycle more regular and it is also helpful in cases of fibroids and ovarian cysts.

However, because of the oil’s powerful effects on internal organs, it is recommended not to use castor oil packs during menstruation and pregnancy.

Some people believe that castor oil might even induce labor, although I have not seen any convincing scientific research about it.

To recap, here are the primary benefits of a castor oil compress, or pack:

When I was wringing in pain the other day, knowing that my bowel is blocked, I had a choice to make. Option one: Rush to the ER and endure yet another CT scan, the torturous NG tube, and a hospital stay of at least two nights. This is how my previous seven or so small bowel obstructions turned out to be.

Option two is what happened to the most recent blockage a few months back. This was the first time the obstruction resolved on its own. I strongly believe that it happened thanks to the castor oil packs.

So, this most current obstruction, I did the same. I took pain medicine, refrained from eating and drinking at the first sign of pain and bloating, and applied a castor oil pack to my abdomen for an hour. A few hours later my obstruction was resolved.

How to make a castor oil pack?

What will you need to make a castor oil pack?

There are ready-made packs and pouches that you can get. Certainly, they are much less messy than just using a piece of cloth soaked in the oil and wrapping yourself in plastic. Here are a few options:

This post contains affiliate links. If you click on one and purchase the product I will get a small commission at no additional cost to you. For more info see the Terms and Conditions Page. Thank you for supporting Oko-Logic.

Other uses of castor oil

Castor oil is amazing for healing internally, but it also has more fascinating uses for other areas of the body such as skin, hair, and eyes.

Black castor oil is still castor oil but it is prepared differently. Castor beans are boiled and only then is the oil extracted. This is what gives the oil its darker hue.

Because of the composition of fatty acids in it, castor oil is also great for more problematic skin conditions such as psoriasis or eczema.

Castor oil and ricinoleic acid are thought to increase absorption in the skin and are sometimes used in the treatment of various skin conditions, including dermatosis, psoriasis, and acne.

Here are the three uses of castor oil for skincare that I swear by:

I always add at least 10% of castor oil into my oil cleansing recipes. Because the oil is mixed with other oils and seed butters (as in the solid oil cleanser), it is easily spreadable and as a humectant, it helps to keep the skin supple and well-hydrated.

I use this primarily in wintertime, but it could also do wonders for sunburned skin that needs recovery. Basically, I smear a dropper full of castor oil mixed with a few drops of rose or lavender essential oil onto my skin before going to bed.

The oil is very thick and it will stay on the skin for most of the night. Or, for stomach or side sleepers like myself, it will wind up on the pillow, so it is crucial to use an old pillowcase that can be stained without any regret.

After the overnight pack with castor oil, my complexion looks and feels like baby skin. It is very nourished and plumped up. I would not use it more often than once a week though as it is not a light, non-comedogenic oil.

Importantly, it makes sense to make a patch test before applying it to large areas on the face or body, as some people are allergic to castor oil.

When added to a lip balm, castor oil not only aids in hydration but also imparts an amazing shine. It is definitely a must-have ingredient in a good-quality natural lip balm or lip masque. You can check out some of them in my shop.

When I was dealing with hair loss, following my chemo treatments, I used black castor oil with pretty good results. Ultimately, I believe in a two-pronged effort.

It involves feeding the hair with vitamins and minerals from food and supplements such as collagen and biotin, on the one hand. On the other, I like treating my hair externally with herbs and oils such as castor oil mixed with argan oil and growth-promoting essential oils (rosemary, cedarwood, lavender).

How best to use castor oil for hair health and growth? Because it has a very thick consistency, the oil is best used, in my opinion, as a pre-wash treatment. As mentioned above, I like it mixed with a thinner oil in order to make it easier to massage into the scalp and hair.

2 parts of thinner oil (argan, jojoba, or fractionated coconut oil are all great)

5% dilution of essential oils (one or a mix of rosemary, cedarwood, and lavender)

Rosemary 1,8-Cineole Organic is stimulating, warming and refreshing and can be used to … [More] This miracle oil can also help with eye health thanks to its moisturizing and antibacterial properties.

It is a common ingredient of artificial tears, which people may use to treat dry eyes. The oil helps prevent moisture from evaporating from the eyes, thereby keeping them better lubricated.

Crucially, make sure to ask your doctor or ophthalmologist about the benefits and risks associated with using castor oil on your eyes. Also, instead of making your own, I would opt for pre-made OTC eye drops that include castor oil such as Refresh Optive Advanced.

All in all, I think it’s clear that castor oil has many amazing uses for both internal organs’ health and for external uses on skin, hair, and even eyes. It is generally safe to use, but as will everything, it’s always best to proceed with caution and if you’re new to castor oil, do a patch test before using.

Especially after my resolved bowel obstruction with the help of castor oil, I am going to make sure I always have this miracle worker on hand.

Easy Spirulina Face Mask To Make Your Skin Glow In No Time
Next Post: Why You Should Start Eating Lacto Fermented Foods Right Now 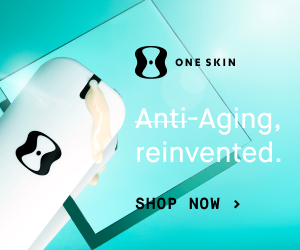 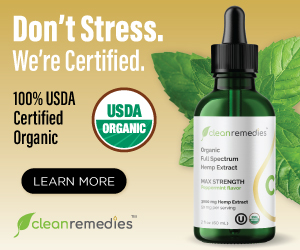 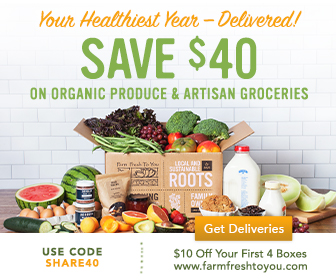